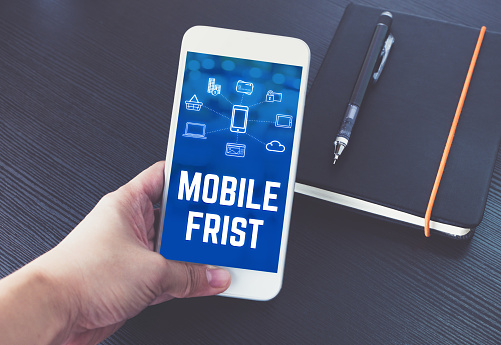 As we approach the new year, marketers and consumers alike are asking the question of whether or not we are entering a “mobile-first” world. For years, data companies have been predicting and measuring the massive shift from desktop to mobile, and with the recent explosion of new (affordable) smartphones and tablets, that shift is happening at a more rapid pace than ever before.
Chitika Insights was recently featured in eMarketer’s article, “Trends for 2013: Making Mobile-First a Priority.” Net Marketshare found in October that global web browsing traffic had passed 10% of all web browsing traffic, and Chitika found in June that web browsing traffic in North America passed 28% in June 2012. Check out the full story below:

Trends for 2013: Making Mobile-First a Priority

NOV 27, 2012– For years, marketers emphasized a build-for-the-desktop-first approach, with mobile serving as little more than a sideshow. However, rapid advances in smartphone and tablet ownership have changed that equation.Consumers in the US may spend twice as much time today with desktop media as they do with mobile, but time spent with mobile is growing at 14 times the rate of the desktop, suggesting that the two could achieve parity inside a couple of years if both maintain a consistent trajectory.

Time is not the only way to measure this shift. A growing portion of internet traffic is coming from smartphones and tablets. Net Marketshare put mobile’s share of global browsing traffic at 10.3% in October 2012. This was the first time mobile had topped 10% of all browsing for the web analytics firm, and its advance might even be greater, as the figure “actually underestimates the total amount of browsing share on mobile devices, since [Net Marketshare’s] sample does not contain data on apps, like maps.”In markets such as the US with high indices of smart device penetration, an even greater portion of internet traffic comes from smartphones and tablets. Online and mobile ad network Chitika estimated mobile’s share of web traffic in North America at 28% as of June 2012.

For key media and commerce drivers such as search, mobile accounts for a growing share of total activity. Some estimates put it at as much as one-third, and possibly even higher in some verticals such as restaurants, according to investment bank Macquarie Group.These shifts away from the desktop to smart devices explain why the mobile-first drumbeat, which rose in 2012, will only grow louder in 2013. Surveys have consistently showed the deleterious effects on consumer perception of websites that are not mobile optimized. And there is a mounting expectation among consumers that brands should even offer an app-enabled experience, certainly for the top two smartphone platforms if not also for tablets.

This is less a question of choosing between a mobile site or an app and more about prioritization. Even in an increasingly mobile-first world, websites remain focal points for brands and their customers alike.

What do you think – are we moving to a “mobile-first” world?

10 Weeks and Growing: iPhone 5 Constitutes Over 1/8 of all iPhone Web Traffic